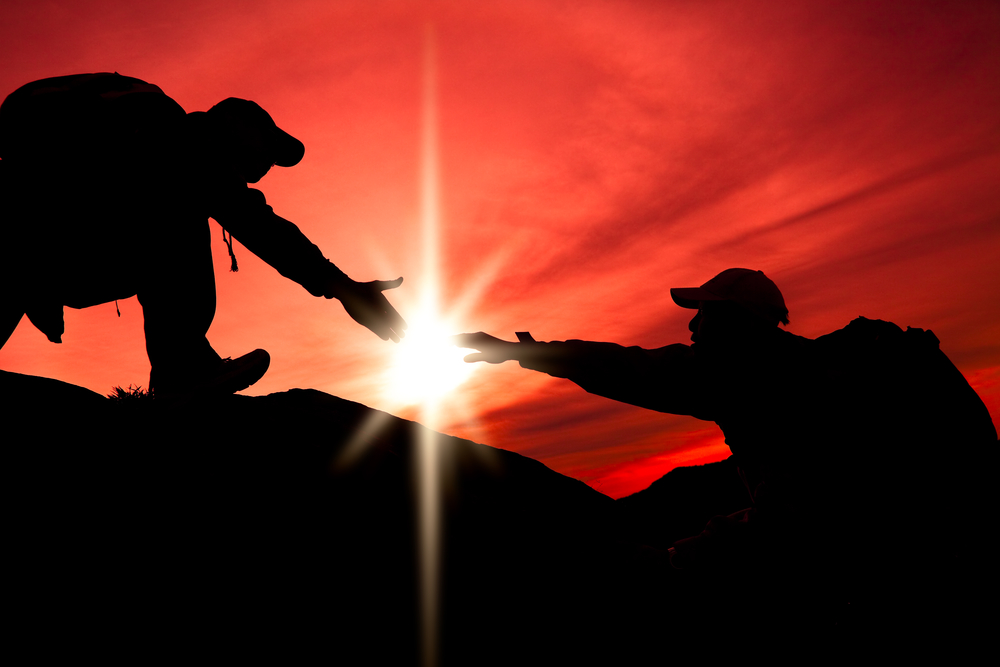 To his contemporaries, Jesus appeared as an ordinary man. Historians note that people in those days were a bit shorter than we are now. They suggest he might have been just a shade over five feet tall. Being middle-eastern, he would have had dark hair and skin. Beyond that, there is not much else we can say about his looks. But we can say a lot about his identity. And some of what we can say is found in this Sunday’s very brief gospel. Especially since it ends with Jesus saying that “the Father and I are one.”

When Jesus speaks of his father, he is referring to God. It is important to know that the word he uses to address God is “Abba.” It is a word drawn from family life and as many know, it can be roughly translated as “Dad.” It is an address of familiarity, closeness and, of course, love. Jesus is the first to address God in this unique way. Using that “name” for God would have been shocking to some. It might seem to lack a certain respect or reverence for the divine. Too much familiarity, even casualness.

As the early church thought about this, it eventually began to think of Jesus being divine. Especially as the meaning of his resurrection penetrated the church’s thinking about Jesus. It took the Church hundreds of years to create language that was believed to more adequately capture the full humanity and the full divinity of Jesus. Passages like the one in today’s gospel played a major role in this coming to a fuller understanding of Jesus.

As we reflect on God today, a helpful way to derive a fuller understanding of God is to look directly at Jesus as he is described in the gospels. This is because when God wanted to communicate to us the deep identity of God, God became human, just like us except sin. We can know what God is like because we see God in and through the person of Jesus.

While we believe in the trinitarian nature of God, we must also recall that there are not three Gods, but one. This is a deep mystery of our Christian faith, but it is not one without offering to us a limited (and true) understanding of God. The best access to that understanding is to try and understand as much as we can about who Jesus was. How did he relate to those he met each day? How did he deal with those who were sick, weak, poor or wrapped in sorrow? How did he deal with abuse of authority? How did he relate to women and children? These are important matters for serious meditation because they tell us exactly how God relates to us. And how much God loves each of us.